Owe defended his PhD thesis in 1992. The thesis deals with dance and music among migrant Yugoslavians in Stockholm. Also in 1992 Owe conducted a study on multiculturalism in a daycare facility in north Stockholm. Subsequently he was hired as lead researcher for the research program Cultures of aging. During the second half of the 1990s the Royal Swedish Academy of Music employed him within the project Music, media and multicultures. About this time, Owe moved to Visby. In 1998 he was employed as lecturer at the recently established Gotland University College. In 2002 he was promoted full professor. While in Visby, he initiated the influential research program for cultural heritage which ran well into the 2010s. As Gotland University College and Uppsala University merged and Owe became professor at Uppsala University he introduced island research to a Swedish audience. On this novel topic, he has published a book and numerous articles. Alongside the larger programs and projects that he has worked on, Owe has published a vast number of articles on music, music ethnology, cultural heritage politics, folk medicine, folklore, play and ethnologic theory and methods.

Notwithstanding retirement in 2021, Owe has many upcoming projects: an edited volume on sustainable visits, articles on cultural representations in tourist brochures, the artist Carl Jularbo as a modernist, the mythology of islands, and on musical lives of the Swedish 19th century. After that? Let’s see, says Owe. Knowing Owe, we understand that he will hardly retire from his research. Ethnologists in Sweden can all witness of his academic success and what a flexible, exciting researcher he is. But Owe is not only a researcher and an academic, he is also a fantastic musician who has played in many well-known bands and he has been awarded the title Riksspeleman, the badge of mastery for Swedish folk musicians.

Owe will certainly continue to impress and inspire us. With his never-ending energy and he will, we are confident, continue with new stimulating initiatives. At the department, we will miss him in the day-to-day work, but we welcome him to continue contribute with his deep knowledge and inspiring energy. 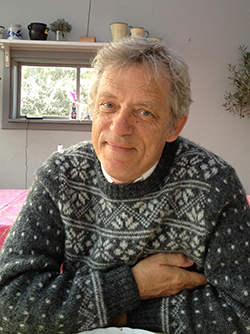