Gang-like: when gangs are not so gangish

This project is a follow up on my previous work on gang-like groups in postwar Sierra Leone. In the aftermath of the Sierra Leonean civil war groups of ex-combatants and other youths gathered in the city. Many hung out on downtown streetcorners. Making do in the city without proper work and often with frail social ties was something close to an art form. Bare survival was hard. Joint forms of informal organization was often pivotal for economic survival and protection. In many ways this organization was gang-like, if not gangish. More than 15 years have passed since the end of the civil war. The young people I followed during two years in Freetown are today middle-aged men. In this follow-up study I extend my discussions over time and relate their previous lives with where they are today.

This research is part of a larger project headed by Dennis Rogers called Gangs, Gangsters, and Ganglands: Towards a Global Comparative Ethnography. The five-year project, which started in January 2019, has received funding from the European Research Council (ERC) under the European Union’s Horizon 2020 research and innovation programme (grant agreement No. 787935). 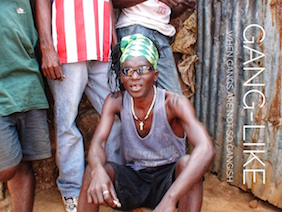