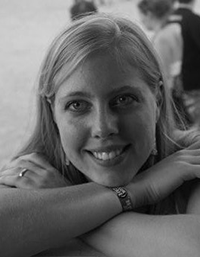 Marie Deridder holds a PHD in Social Anthropology from UCLouvain (Belgium). Her doctoral dissertation examined the decentralization of the state, local governance and the political transformations in rural Central Mali. After the completion of her PHD, Marie worked several years in NGOs and trade union international cooperation. Then, from October 2016 to August 2020, she has taught as an external lecturer at UCLouvain and UMons. In September 2020, she was granted a three years Marie Sklodowska-Curie Individual Fellowship (MSCA-IF) at the Department of Cultural Anthropology and Ethnology and the Forum for Africa Studies of Uppsala University. She is developing a comparative research project (NEGOMOBI) on the making of the Euro-African ‘migration-development-security’ nexus in both Mali and Burkina Faso, and its practical negotiations and impacts on West-African mobility in a postcolonial setting. Her main research areas are in political socio-anthropology, migration, policy-making processes and critical development studies “from below”, with a focus on practices and representations of actors. More info here on NEGOMOBI: https://cordis.europa.eu/project/id/895859 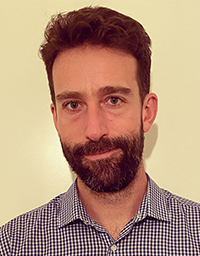 Alec Forss is a new PhD Candidate at the Department for Cultural Anthropology. He is interested in processes of social and spatial change in post-conflict Belfast in Northern Ireland, with a particular focus on grassroots initiatives around desegregation and shared space. His research is taking place at a time when Brexit has brought issues around the sustainability of the 1998 Belfast peace agreement sharply into focus. His research interests touch on space, borders, identity, intercultural dialogue, and reconciliation. 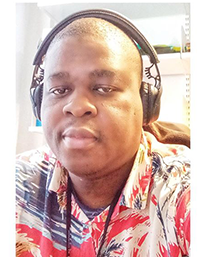 Jossias Humbane is a new PhD candidate at the Department of Cultural Anthropology and Ethnology, Uppsala University, in the programme “Biocultural Heritage in Mozambique: developing new heritage industries”. His PhD project focuses on climate change and local adaptations strategies in Gaza province, Mozambique. He is also interested in gender issues, especially on masculinities. 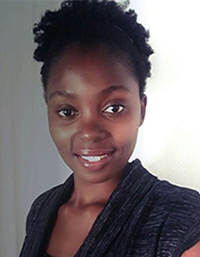 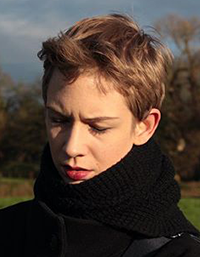 Chris Meyns is a poet, developer and graphic designer with training in history of science and philosophy. She has published on the history of data, on Anton Wilhelm Amo’s philosophy of mind, and her books Philosophical Empires (with Adam Ferner) and Information and the History of Philosophy (ed.) will appear in 2021. She joined the Engaging Vulnerability Program and the Department of Cultural Anthropology and Ethnology in September 2020, contributing a project on vulnerability in information sharing ecosystems. 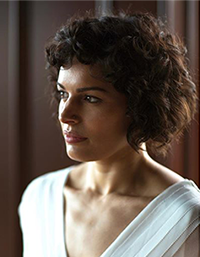 From the earliest decades of sound cinema, films have incorporated classical and popular music in their soundtracks. One of the major directors to make pre-existing music a regular feature was Swedish filmmaker Ingmar Bergman, whose output of over 40 films between 1946 and 2004 propelled him to the forefront of international art cinema. This music often appears onscreen; his characters listen to it, talk about it, play it, perform it, or are haunted by it. Unlike conventional film music, Bergman’s pre-existing music, when placed onscreen in the narrative, speaks not only to his audience but also – and perhaps primarily – to his characters. It is the human aspect of onscreen musical interaction that I find compelling and that I explore in my work. I am also interested in film as musical interpretation, the intersection of music and violence onscreen, the portrayal of onscreen musical performance as ritualised humiliation, and the influence of musical structure, method, and history on approaches to filmmaking, both in regard to Bergman and to other filmmakers.

Anyssa Neumann is a concert pianist, musicologist, and postdoctoral researcher in the Engaging Vulnerability program. Her work focuses on the convergence of music and cinema. 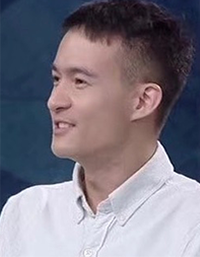 Prior to Shen Qing's PhD program here at Uppsala U, he had been working as a journalist for five years in Shanghai, Beijing and Guangzhou, China. His work experience in journalism lead to a profound interest in anthropology, a discipline that has the capacity to explore nooks and cranny of the world. Currently, his project concerns queer and sexuality in contemporary China, but he is eager to branch out to other research interests and expand his geographical location. Besides his academic pursuit, he is also a translator of five books spanning from fiction to nonfiction. 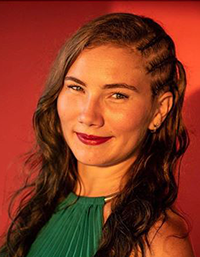 Currently a visiting Erasmus scholar at our department, Zora Saskova is a final year PhD student in the School of Sport at Ulster University, Northern Ireland. Her research focuses on football migration between Sierra Leone and Scandinavia.

Her research examines football as a vehicle for navigating the ‘crisis of youth’, and within this, as a strategy to enact social becoming for young men in Sierra Leone. Second, it analyses the multidirectional nexus between sport, identity and football, through the imagined and actual experiences of aspiring players from Sierra Leone and those with an actual experience as football players in Scandinavia. Additionally, the study investigated the dynamics of development of the emerging football migration network between Sierra Leone and Scandinavian countries.

She conducted a year-long bout of multi-sited ethnographic fieldwork involving 50 interviews with players and other stakeholders in Sierra Leone and Scandinavia. As revealed, one of the most significant strategies employed by players in pursuit of transnational football mobility was the navigation of various types of patrimonial and kin-like relations with other members of the society, particularly those that were referred to as ‘football managers’. Secondly, it also showed the mismatch between the expectations and the reality of players regarding the actual migration experience. While home-based players main concerns about migration to Europe being centred on adjustment to weather patterns especially in winter, it was revealed that what they mostly struggle with is social isolation, racism, and practices akin to trafficking. 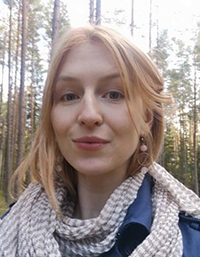 Aliaksandra Shrubok is one of six new PhD students who has joined the department this year. She received her MA in anthropology (Belarusian State University) in 2013 and joined then The Department of Folklore and Culture of Slavic people of The Center for the Belarusian culture, language and literature research of National Academy of Sciences of Belarus, where she studied Belarusian verbal healing charms and folk veterinary. For the last years, her research interests have revolved around human-plant relations and multispecies ethnography, with a particular focus on methodological and theoretical challenges of ethnobotanical research in post-Soviet countries.

Her current research is about the kinds of relationships that humans maintain with plants. In the country of Belarus, the rural area of Dokšycy district of Viciebsk region is a region with an extremely high rate of depopulation. The majority of residents are elderly women who often live alone. These women have vast stores of knowledge about local flora and ornamental plants, and they interact with them intensively. The research seeks to examine how plants are thought about and approached, what affects are associated with them, and what their role is in sustaining the lifeways of the women who know about them and care about them. 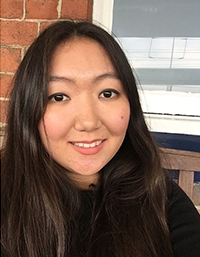 Anastasia Ulturgasheva is a new PhD student at the Department of Cultural Anthropology and Ethnology and Institute for Russian and Eurasian Studies (IRES). Her research interests include human-nonhuman relationships, materiality, climate change and human mobility.