Swami is visiting research fellow at the Department of Cultural Anthropology and Ethnology, Campus Gotland. He will be in Sweden for a year from May and his research will focus on re-imagining urban spaces of the future as societal platforms and social design interfaces.

Could you tell us a bit about yourself?
I am a Mumbaikar or Bambaiya. That's how people who are madly and deeply in love with the city of Mumbai in India call themselves. I was born and brought up in Delhi, 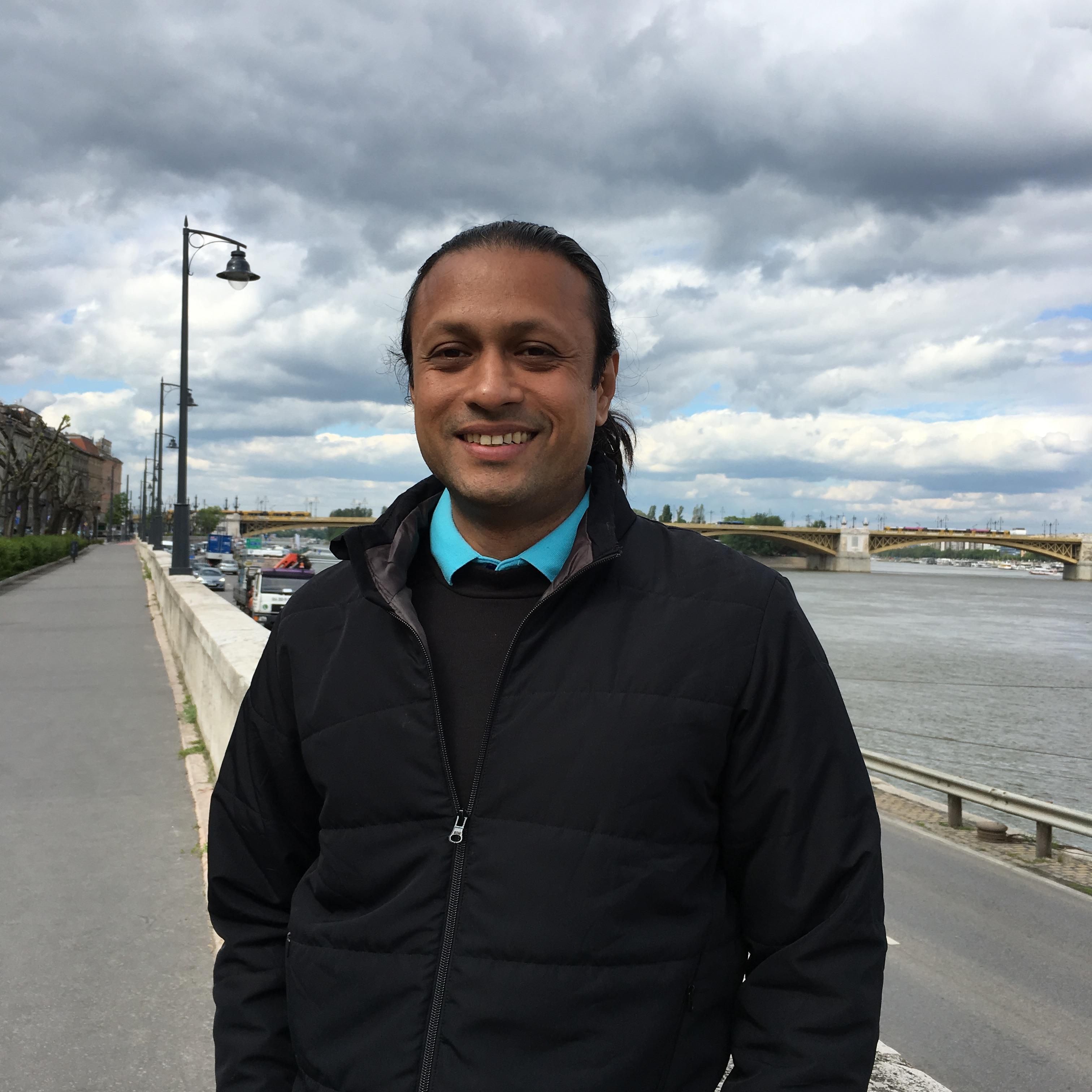 a city filled with history, good food and warm people. From an early age, I have always been fascinated by cities and its innards. That lifelong fascination has turned me into an urbanist, deeply interested in all kinds of questions about urban living and spaces. I am married, and happily so, for the last 15 years. My wife and my most ardent critic Rupali Mehra is a well television journalist and documentary film maker in India with several international awards to her credit. My father was a career bureaucrat and an urban development professional, and I picked up my interest in cities from him. My mother was a Lecturer in Chemistry, before my elder sister, myself and younger brother arrived on the scene and took away all her time. I love forests and their sounds. I also love trekking. I am also deeply interested in 1970s and early 1980s music, and a lifelong fan of Abba, Boney M, Alan Parsons, Gipsy Kings and Bee Gees.

What is your professional background?
I am a political scientist with training and interest in ethnographic research methods. I studied in India's Delhi University for my Bachelor's degree and then in Jawaharlal Nehru University (JNU) for my post graduate degree. I pursued my M.Phil and PhD degrees in the same university, with specialisation on social mobilisations and new social movements. My doctoral work focussed on understanding and analysing the intimate lifeworlds of child workers and their conceptualisations of the world and its inequalities. I have two decades of research, media, teaching and corporate experience. I am associated with the Centre for Social Impact and Philanthropy (CSIP) of Ashoka University, Dalberg Global Development Advisors and with the magazine Governance Now. Previously, I have been associated with Observer Research Foundation (ORF) as Senior Fellow and National Internet Exchange of India (NIXI) as Fellow. My most recent research areas deal with the intersections of digital technologies with daily lived experiences. I have authored and edited five books, including the forthcoming Notes of a Digital Gypsy: Decoding the Other India, and have presented several papers at international conferences and workshops. I have had the opportunity to work in senior management positions with several established philanthropies and Indian companies, including the Azim Premji Philanthropic Initiatives (APPI), Reliance Industries Limited (RIL) and UTV-Disney.

What is your current research project about?
The project will focus on re-imagining urban spaces of the future as societal platforms and social design interfaces. It will do so from five lenses of sustainability, resilience, equity, access and governance. The project aims at providing realistic, practical and solution-oriented thought leadership and knowledge products for a variety of stakeholders ranging from government institutions, global consulting organisations, multilateral agencies and companies to local communities, citizen groups, civil society organisations and, of course, the academic community. The project will employ a pluridisciplinary approach to understand and analyse the flows [global-to-local, local-to-global, glocal-to-local, local-to-glocal, local-to-local] that inform the production of urban spaces [platform thinking] and use design thinking as an overarching framework [synthesis as opposed to pure analysis, divergent thinking as opposed to convergent thinking, focus on "wicked problems", rapid prototyping etc] to reorient existing thought processes and conceptual architecture about cities. In employing this approach, the project hopes to find a fresh ways of 'thinking and doing' about 'future urbanisms'. This project comes out from a clear and felt need of the world, especially India and emerging economies. Reliable estimates have forecast that close to 75 percent of India would be living in cities by 2050. That's a massive shift for a country where currently close to 75 percent are living in rural and semi-urban areas in conditions of extreme marginalisation and vulnerability. It's a similar story for rest of the world, with 70 percent of the world expected to live in some sort of urban enclaves by 2050. The most exciting part for me is that the project is an opportunity to test out my long-held belief that innovative and practical solutions for the future, especially with a focus on people to mitigate their vulnerabilities, require a combination of "learning-by-thinking approach", of academic rigour, intellectual creativity and research mindset and an industry-style "learning-by-doing approach", of rapid prototyping and quick ground testing [fail small & fail fast].

So far, what do you think of Sweden and Gotland?
This is my first time in Sweden, though I have travelled extensively in other parts of Europe like Denmark, Germany, France, Switzerland, Czech Republic, Russia and as well as Asian countries like Singapore, Malaysia, Hong Kong, Indonesia, Thailand and South Korea. Sweden has always been a fascinating country for me. I believe that its social welfare model and its approach towards social democracy is something that a lot of countries, especially India, can learn from deeply. Gotland is a beautiful place with warm and genuine people and I am loving it here in Visby.

Thank you Swami! We are very happy to welcome you to Uppsala University and to the Department of Cultural Anthropolgy and Ethnology. We hope that your stay in Sweden and Gotland will be both rewarding and enjoyable.