Several researchers and teachers in Cultural Anthropology are working with questions of development and social change. This Uppsala engagement is three-fold.

First, there is a theoretical engagement. Given that “development industry” is nowadays a global phenomenon that affects large parts of the world population, it is important to study how categories, approaches and conceptual worlds in aid affect many people's everyday lives.

Second, the interest in anthropology and development is also practical, as many Uppsala-anthropologists do assignments for Sida and other development actors. The anthology Ethnographic Practice and Public Aid (ed. Sten Hagberg and Charlotta Widmark) with contributions by leading anthropologists is an important result; another result is the course Anthropology in Practice.

Third, Uppsala anthropology’s interest in development has also meant that APAD(Association for the Anthropology of Social Change and Development) was led from Uppsala. APAD is a network that promotes research and dialogue between African and European researchers in anthropology as well as with actors in development and aid. From being focused on empirical studies of development projects have APAD's approach has evolved towards research on social change at large on the African continent. APAD's journal (formerly APAD-Bulletin) called Anthropologie & développement and is published 2-3 times a year. Uppsala-anthropologists Sten Hagberg (Treasurer 2005-07; president 2007-13) and Gabriella Körling (board-member 2007-13, 2015-; editorial committee member 2013-) are active in APAD. From 2016 Hagberg is editor of the APAD’s series is published by the publisher Karthala. APAD organizes conferences alternately in Africa and in Europe; the latest took place in Cotonou, Benin, in November 2015 on the theme, “The Fabrication of public action in countries 'under an aid regime': Stakeholder, Processes, Negotiations”. More about APAD here. 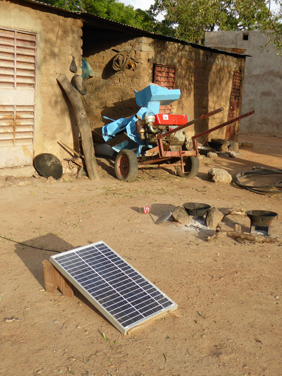