This research will provide novel and much needed insights into the dynamics that shape the triangular relationships between researchers, research brokers and research data in insecure zones by attending to the experiences of both brokers and researchers. Better knowledge about the role and situation of local research brokers appears particularly urgent at this point of time as many research institutions in Europe and the US are increasingly regulating and restricting the fieldwork access of their staff due to security concerns, in turn potentially leading to more outsourcing to local research assistants. Such developments form part of a general concern over the increasing risks posed to various humanitarian actors, journalists and NGOs in precarious and violent settings.

While local brokers, such as research assistants, interlocutors and a variety of fixers play a crucial role in most research contexts, they tend to be particularly important in violent theatres and in relation to highly sensitive topics (e.g. corruption, human rights abuses in authoritarian states). Not only do they have the in-depth knowledge that enables them to gather data on sensitive topics, they are also crucial in enabling the researcher to navigate safely through “dangerous fields”. From dealing with reluctant state agents to fostering sufficient trust to gain access to isolated groups, from the management of perceptions of the researcher to obtaining updated information on the security situation: local brokers are key resources, gatekeepers, and crisis managers. Yet, the role of certain brokers - such as research assistants - goes much further than merely facilitating research or gathering certain data. They often become the eyes and ears of researchers, thus exercising a large influence on the latters’ grids of intelligibility, shaping not only the way in which they make sense of certain phenomena, but also what they see in the first place. Hence, local assistants could be considered as full-blown ‘co- authors’ of research even when not writing a single word.

This multidisciplinary project is carried out in cooperation with the Department of Government at Uppsala University and Global Studies at Gothenburg University. The project is co-researched with local research brokers and is conducted in several countries in Asia and Africa. 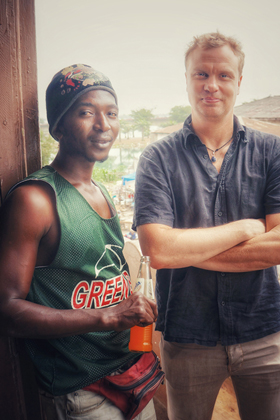